TEA WITH JULES with Leane Flynn on living with Ovarian Cancer 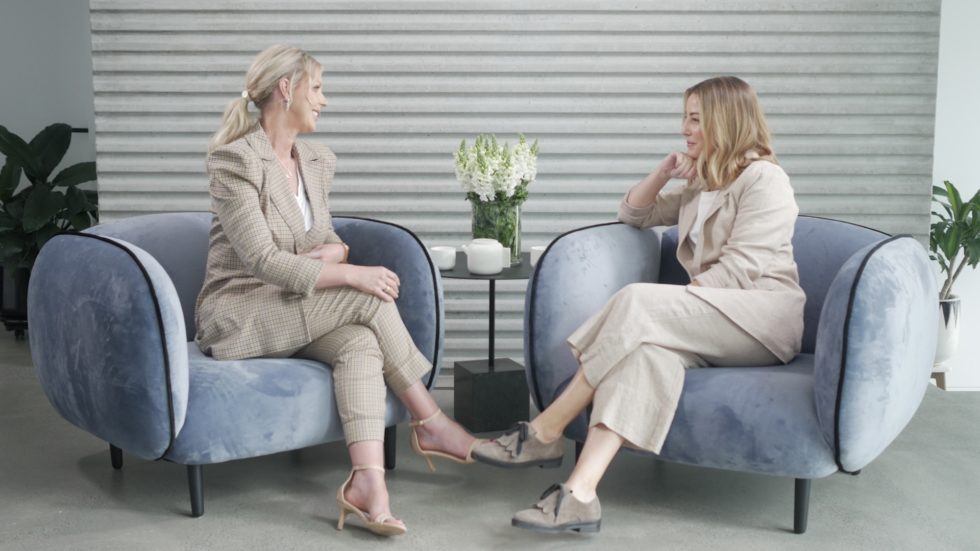 I first heard Leane Flynn speak at 2 events I attended earlier this year. Her story sparked inside of me an urgency to get her message out as far and wide as I could, so I invited her for tea. I’m grateful she came to willingly deliver what I think is vital information to women everywhere.

Leane was suddenly diagnosed with Ovarian Cancer in April 2017. There were no obvious signs, no pain or convincing warnings that a large tumour was growing on each ovary and another tumour was growing between Leane’s diaphragm and liver. She had put her consistent bloating and frequent need to urinate down to menopause. After the appropriate surgery, she was diagnosed with Stage 3C advanced ovarian cancer.

As a wife and mother of 3 daughters, her life was understandably turned upside down. She went through all of the emotions and the doctors recommendations for treatments, but the cancer has been relentless and has returned since her initial diagnosis and treatments. She continues to fight the good fight and encourage women to be aware of the signs their bodies may be giving them.

To really grasp the understanding of some facts about ovarian cancer, I turned to the Ovarian Cancer Research Foundation website (www.ocrf.com.au) and included some of their helpful information around the disease.

‘Raising awareness won’t save lives. In order to save the lives of Australian women, we need to first fund the innovative research that will find an early detection test, and then focus on widespread adoption.

Currently, only 20–25% of women diagnosed with advanced-stage ovarian cancer will survive beyond five years. But with an early detection test, that would skyrocket to over 90%.

Every year, an estimated 1,600 Australian women are diagnosed with ovarian cancer.

The vast majority of these are at an advanced stage, as there is currently no early detection test, and symptoms are frequently misdiagnosed or not reported. The only way to definitively diagnose ovarian cancer is by taking a tissue sample during surgery.

In Australia, one women dies every eight hours from ovarian cancer.

Although tests and scans can show abnormalities, they cannot provide a diagnosis of ovarian cancer. The only way to currently confirm a diagnosis is by taking a biopsy during surgery and looking at the cells under a microscope.

Ovarian cancer is the eighth most commonly diagnosed cancer in Australian females, but the most lethal gynaecological cancer.

Over 50% of the community incorrectly believes a Pap smear will diagnose ovarian cancer.’

The best way we can help as a community and individuals is to help fund research that will find an early detection test. As we have learned, raising awareness won’t save lives.

Leane has put up her hand to be the voice of this horrific disease. Her mission, alongside www.ocrf.com.au is to see funds raised and for ovarian cancer to have early detection available for women.

I hope you are as moved as I was by this chat with Leane – she was so generous in sharing her emotional journey, and I am forever grateful to her for this.

This is Leane Flynn for Tea with Jules.